Posters for The Danish Cancer Society 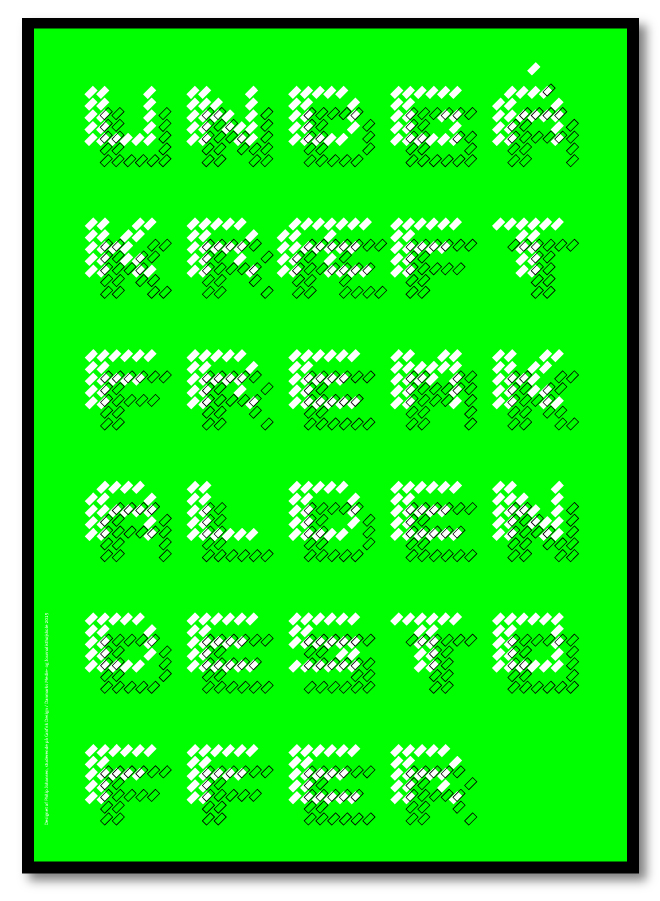 The assignment was to create a poster for The Danish Cancer Society. We should each design a poster to decorate the headquarters in Copenhagen. Based on a given list, each student had a phrase/campaign slogan given by the customer. I got the phrase “Avoid carcinogens” which was part of a campaign The Danish Cancer Society ran in the summer 2012 and referred fighting and cleaning the air of harmful and carcinogenic substances and particles – both indoors and outdoors. 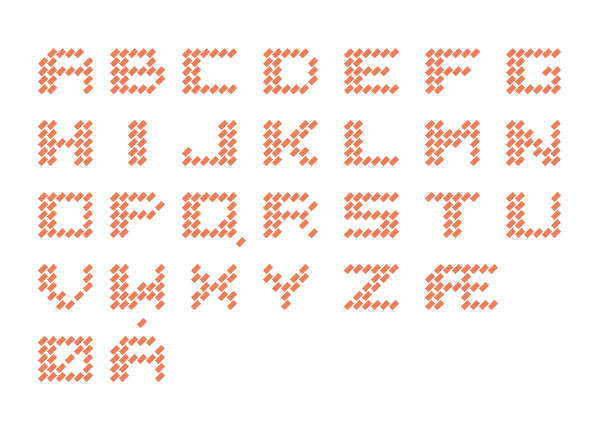 The inspiration for the job as well as the choice of the letter forms came from particles which are in the air in connection with tobacco smoke, pollution from traffic, etc. Each letter is made from x-number of particles. 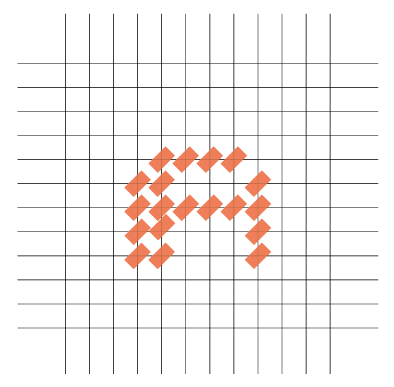 No assignment without trusses. The chosen main word/words from the list had to be typed in their own grid-typo. As shown above, my finished alphabet. A 5 × 6 “particle” based grid. This makes it easy to get 99% of all letters to have the same dimensions. The grid is based on the illustrator’s own grid and as shown, each particle is located at the intersection of each grid. 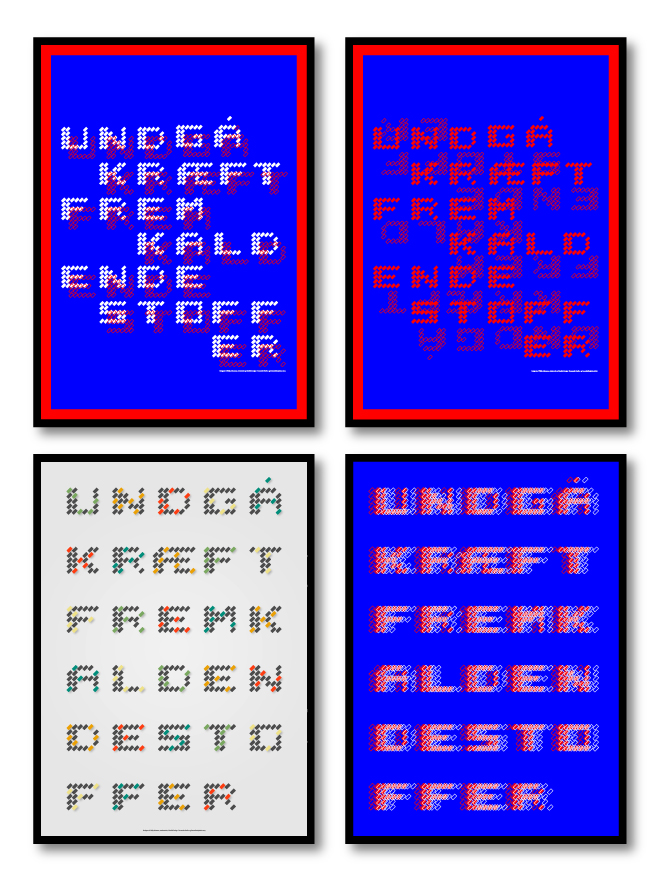